It is quite a grand occasion here at ZAM: our first guest post!  Camiele White, an awesome blogger who has written for legitimate sites such as Fascination With Fear, has volunteered her services and contributed a great post about the Corman classic, Little Shop of Horrors.

This post is actually well written and contains zero swear words. I just wanted to warn my regular readers.

Tell Your Mama Something’s Come to Get Her
On the 23rd day in the month of September, in an early year of a decade not long before our own, the human race suddenly encountered a deadly threat to its very existence. And this terrifying enemy surfaced as such enemies often do in the seemingly most innocent and unlikely of places...

Welcome to Skid Row: where the folks are broke and your life’s a joke; where the guys are trips and they rip your slips. It’s a place of absolute destitution and a dog-eat-dog mentality that has most people droning through life as so many George A. Romero zombies. What’s most frightening is that this race of humans is packed in an institutional and economical slum that brings nothing but heartache. This is, indeed, a prime location for a plant alien invasion.

As far as musicals go, Little Shop of Horrors is one of the most incredible soundtracks to hit the modern stage and screen --although both musical and film were conceived in the early 80s. It’s also fair to say that the film opens up a new dimension that the stage, though brilliantly laid out for such a story, was limited in delivering if for nothing more than the restrictions of linear staging. What’s even more impressive than the gorgeous direction, screenplay, and music throughout the 80s film is that both stage and screen adaptations are just that --adaptations of an even earlier rendering of the alien invasion love story. 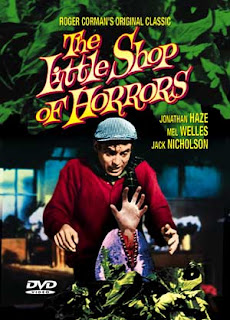 The Little Shop of Horrors was a bit of an “I dare you” experiment for director Roger Corman. Having access to left over sets, Corman decided he wanted to do the impossible --complete a movie in two days. So, with $30,000 in his pocket and a smallish cast (including the voice of Charles B. Griffith as the blood-hungry Audrey, Jr. and Jack Nicholson as the masochistic dental patient, Wilbur Force), Corman created what has become a cult classic for horror movie buffs alike. Though not necessarily a great film, it’s touted as one of the most unique of the genre considering the bizarre turn of events that play out over the 70 minutes of the film --including a repeat customer who eats the plants he buys for dinner and, of course, the now infamous carnivorous Venus Flytrap. It’s wrought with clichés and overacting; however, it made way for a horror revolution 20 years later that was sure to give the genre a much needed dose of excitement.

The 1982 musical, Little Shop of Horrors, was one of the most exciting spectacles to hit Broadway in a long time --and most certainly one of the most innovative. Filled with rock and roll, doo-wop, and Motown infused musical numbers composed by Alan Menken, the stage show was nothing short of a phenomenon --not to mention the incredible puppeteer work. What perhaps made the musical so unique is that every single character that hits the stage is eventually eaten by the bloodlusting Audrey II, leaving the audience with the impression that this “mean green mother from outer space” does, in fact, fulfil its aims to take over the planet. 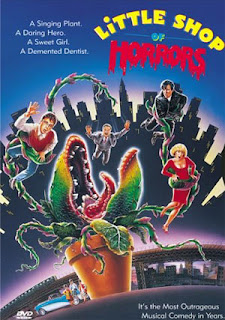 And then, of course, we get to the 1986 film adaptation. Every moment from the original film’s two day production to the stage play led up to this. Directed by Frank Oz (the brilliant puppet master behind the Muppets Do Manhattan and The Dark Crystal), Little Shop of Horrors took on a life of its own and gathered so much momentum that it, in my mind, is the first true remake that was light years beyond its predecessor. The music was electric and the acting was stellar (with a cast that included Rick Moranis as the lead character, Seymour Krelborn; Ellen Greene, reprising her stage role as the slightly ditzy Audrey Fulquard; Steve Martin as Orin Scrivello, Audrey’s sadistic boyfriend; and Four Tops lead singer, Levi Stubbs, as the voice of the murderous flytrap). 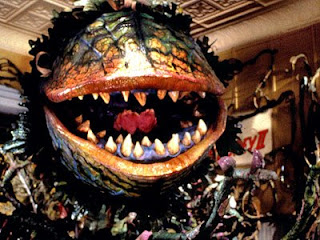 What captured me most of all, however, was the fact that every single character gave the audience someone to relate to. It made the shocking and perverse murders that occurred that much more visceral.

From The Little Shop of Horrors in 1960, to the acid tripped, Motown dripped remake in 1986, Little Shop of Horrors stands the test of time as one of the most underrated horror films of all time. Not only does it deliver on the freak out aspect (let’s be real, if a 20 foot carnivorous plant decided to chomp its way to world domination, you’d be more than a bit uneasy), it’s a great deal of fun. As it is, I don’t think I’ve had more fun with a horror film in my entire life, and for that I tip my hat to Roger Corman for having the balls to create a cult phenomenon in just two days with virtually no budget. I salute you, sir! 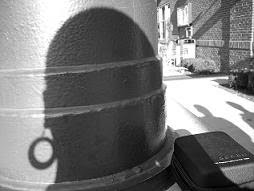 Camiele White
Article writer by day, renegade poet by night, Camiele White loves any and everything film. She chases only the original (or incredibly funny) and has been known to talk for hours about subjects that most people just don’t care about. Right now, she gets her jabberjaw jollies writing about Halloween costumes. If you want to give her a buzz, she can be reached at cmlewhite at gmail.com.