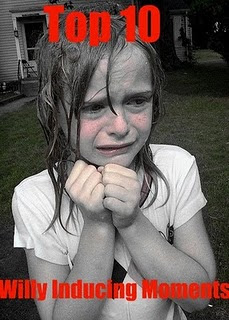 I am a little late to the gravy train (as usual) but I wanted to add my two cents to the "Top Ten Willly Inducing Moments" blog-a-thon started by Andre Dumas from the excellent blog The Horror Digest.
Andre recently wrote about a film called Pulse that features a shower scene that has haunted me for years!  The only thing I remember about this film is the shower scene, now, thanks to Andre, I know this film also starred the Lawrence brothers. You really do learn something new everyday!

It was fun putting together this list.  Many of my choices overlap choices made by other bloggers (I never said I was original) but scary is scary... so here we go! 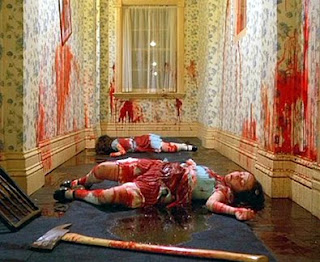 #10: The Twins from The Shining.  Twins are just scary in general but butchered ghost twins especially make my skin crawl. 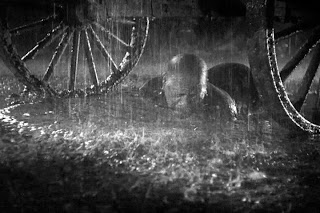 #9: Prince Randian is coming to get you from Freaks.  This scene is so crazy is borders on ridiculous, but think about it: the rage and anger of this armless, legless man is so great that he is coming after you in the mud and rain.  Never mind that he has no way of stabbing you!  I don't want to wake up in the middle of the night and see him, knife in mouth, looking up at me.  No thank you.

#8: Blood draw from The Thing.  This is a perfect scene of cringe-inducing suspense from one of my favorite horror films of all time.  At this point you don't know who is "infected" and you don't know how they are going to react.  I just know if I were in that situation I would probably be the guy tied up next to The Thing.  That would be my luck. 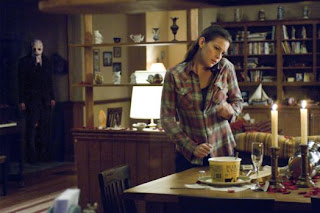 #7: He is watching you from The Strangers.  This is the most recent film on my list and I have to admit I didn't love it the first time I saw it.  But I watched it again the other day with a new appreciation.  Probably because I was home, alone, in the dark.  Just looking at this picture gives me the Willies.

#6: The eye through the keyhole in The Devil's Backbone.  Watch the trailer, it comes right at the end.  Such an amazing movie. 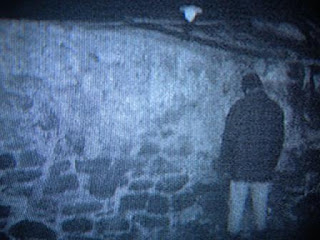 #5: The final scene in The Blair Witch Project.  I know quite a few people dislike this film, but I have always thought it was really scary and inventive.  I get goosebumps every time is see it.  Is he alive, dead, possessed?  We are not going to ever know. 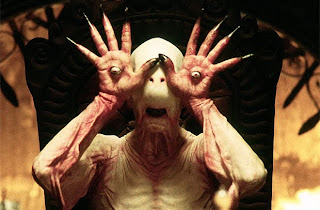 #4: The Pale Man from Pan's Labyrinth.  This guy eats children and had his eyeballs in his hand.  Enough said.  The scene where he chases the heroine down the hall had me curled up in the fetal position. 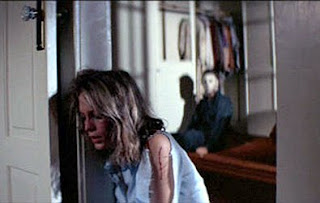 #3: Michael rises from Halloween.  How much can poor Laurie go through?  Quite a lot more actually because this guy won't stop. 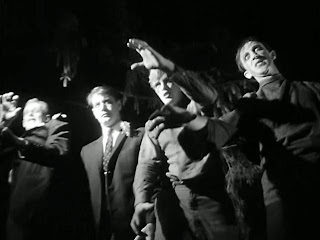 #2: Whole movie: Night of the Living Dead.  I can't pick just one scene from this film.  The whole thing has lead to a lifetime full of zombie nightmares.  The original and still the best. 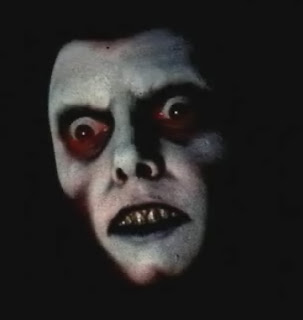 #1 Pazuzu flash in The Exorcist.  I can understand why people thought this film had some evil mojo.  I get chills just looking at Pazuzu.  You only see his face for a split second but it is so witchy and creepy that it stays with you for quite a while.  Imagine having Pazuzu, Michael Myers, and the guy from The Strangers at a dinner party.  That might pretty awesome.  I would hire them to stand in the corner staring at my guests at a Halloween party. 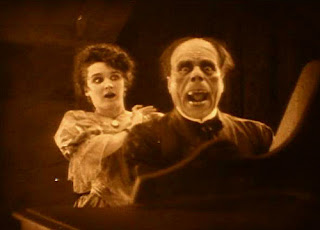 The reveal in Phantom of the Opera 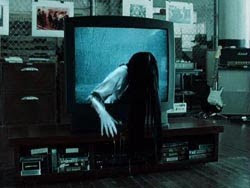 Samara emerges from TV in The Ring 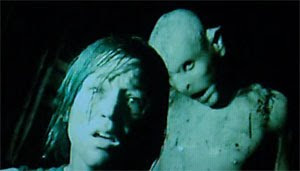 The reveal in The Descent 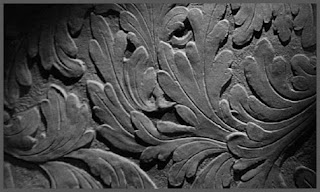 Face in the wall in The Haunting 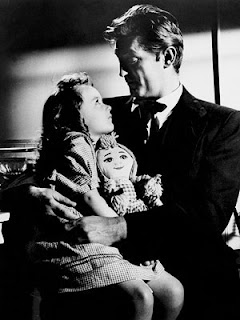 Robert Mitchum in Night of the Hunter.
Posted by Jen at 1:07 PM

Awesome picks! I'm glad I'm not alone in feeling scarred by the shower scene in Pulse! Thanks for sharing your willies! : )

I have yet to narrow down my list (cuz I'm lazy like that and it's tough narrowing down my "rough draft" list of my top scares!) but I'm pretty sure my top picks would mirror yours! Especially "The Devil's Backbone" scene involving the eye suddenly peering through the keyhole!

Thank you Spooky Vegan!! I can't wait to see your list!

Solid list, most of these scenes really creeped me out as well. Well done!