Labels: the nightmare before christmas 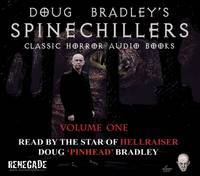 I chanced upon Doug Bradley's Spinechillers series of audio books quite by accident.  I was bored listening to my music during my morning walks (my only form of exercise) so I decided to finally become an old person a give audio books a try.  I have been listening to all the classics that I was just too lazy to actually read.  On iTunes I was looking for works by Charles Dickens, whom I love but when I try to read puts me to sleep faster than a vodka/Excedrin PM cocktail. 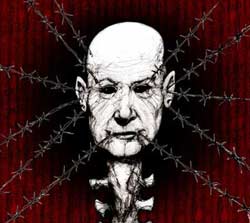 Instead of pointing me to Bleak House (snooze) iTunes presented me with Doug Bradley's Spinechillers, produced by Renegade Arts Entertainment.  The concept is simple: Bradley, who has one of the most awesome, scary voices this side of Benedict Cumberbatch, reads classic horror from authors such as Edgar Allan Poe, my boy HP Lovecraft, MR James, William Harvey, and Chuck D. 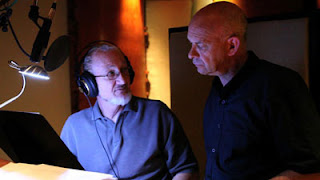 I have read most of these works but nothing beats hearing Bradley read them.  It has made my morning walk about 100% more macabre!  So far I have only listened to Volume One which features the following tales:
I was completely unfamiliar with Harvey, and now I love him.  Thank you Doug Bradley!  You can check out more Bradley goodness here.

I was in no way paid or gifted to shill here, I just thought these audio books were awesome.  Listen to them before you go to sleep to guarantee bad dreams.  In case you don't hear from me again before the Holidays, either because we all die next Friday or I have locked myself in my bedroom in an effort to avoid Christmas, may I wish everyone a Happy Holiday! 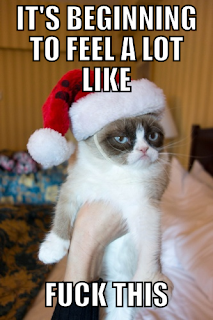 Thank gawd it's fucking over soon. 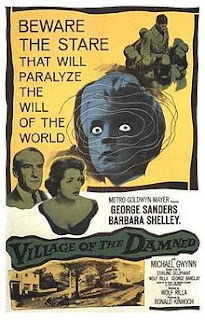 It has been a while since I have seen a horror film that I absolutely fell in love with.  Honestly, I have seen so many I was worried that there was nothing new under the sun (for me.)  Lo and behold, this British gem finds its way onto my DVR.  Village of the Damned.  I had never seen it, although I was very familiar with it.  I remember the Carpenter remake coming out a few (well, now many) years ago (I haven't seen that either).  I knew of the blond creepy kids, and I knew one of my favorite actors, George Sanders, starred (I love Sanders in All About Eve.  What a bitch!).  Yet, I had not taken the time to watch it. Until now.  It was a Christmas miracle!  A gift to me from the baby Jesus and the horror Gods! 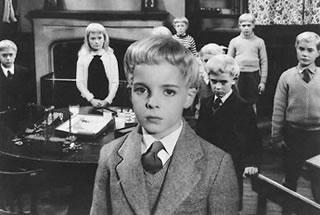 I love this movie.  It is dark, creepy, scary as hell and it has such a great ending!  In the small British village of Midwich lives one Professor Gordon Zellaby (George Sanders).  Zellaby, along with all the inhabitants of Midwich, experience what becomes known as a "time out".  They all lose consciousness for a few hours, and despite the arrival of the Military, no one can figure out why or how.  After the time out, all the women in the village who are able find themselves pregnant, including Zellaby's wife Anthea. 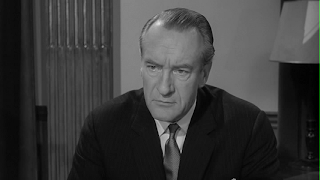 These children grow into strange, blood haired creatures who communicate telepathically and possess extreme intelligence.  Zellaby's child, David, seems to be the leader.  David is played by Martin Stephens, who also starred as Miles in The Innocents.  He is offically the creepiest child actor of all time. 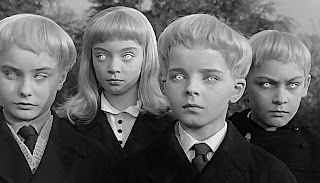 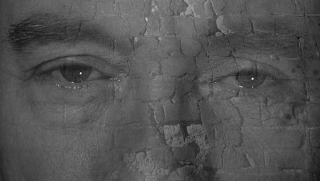 Village of the Damned is now my favorite creepy child film.  It would make a wonderful pairing with The Innocents and perhaps The Bad Seed.  I really wish Martin Stephens had continued acting.  Who knows what kind of creepy adult roles he could have played....

Labels: village of the damned

I took a break from obsessively watching the Star Trek: Into Darkness trailer to catch the trailer for Pacific Rim...

Looks like Del Toro finally made his Lovecraft movie.  With robots.  Still to early to tell but I think 2013 is going to be a geek paradise.....