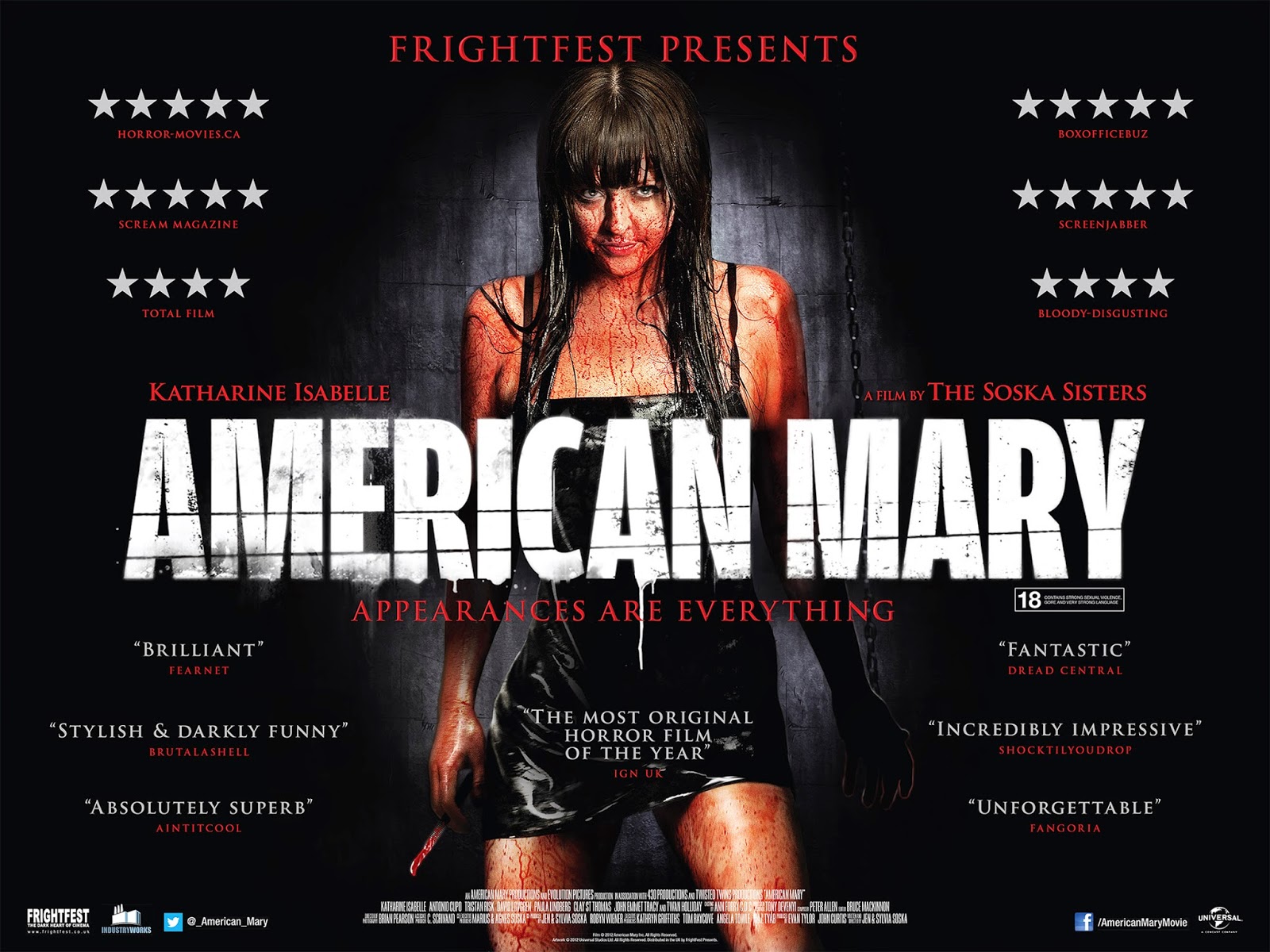 I have never seen Dead Hooker in a Trunk, the first major release by the Soska sisters (twins Jen and Sylvia).  You think with a name like Dead Hooker in a Trunk that it would be high on my "must see" list.  Just haven't had a chance.  I did, however, get the chance to see their follow up film, American Mary.  I had read a lot about this film prior to it's release and was totes stoked to see it.  It has everything: Rape/Revenge, Body Modification, Katharine Isabelle.  Katharine Isabelle is one of my major girl crushes, despite the fact that I HATE her most famous film, Ginger Snaps.  I could, and may have, written entire posts about my dislike for Ginger Snaps.  Why, you ask?  In the words of the great Peter Griffin, because it "insists" upon itself.  Enough said.  Watch it and you will know what I am talking about. 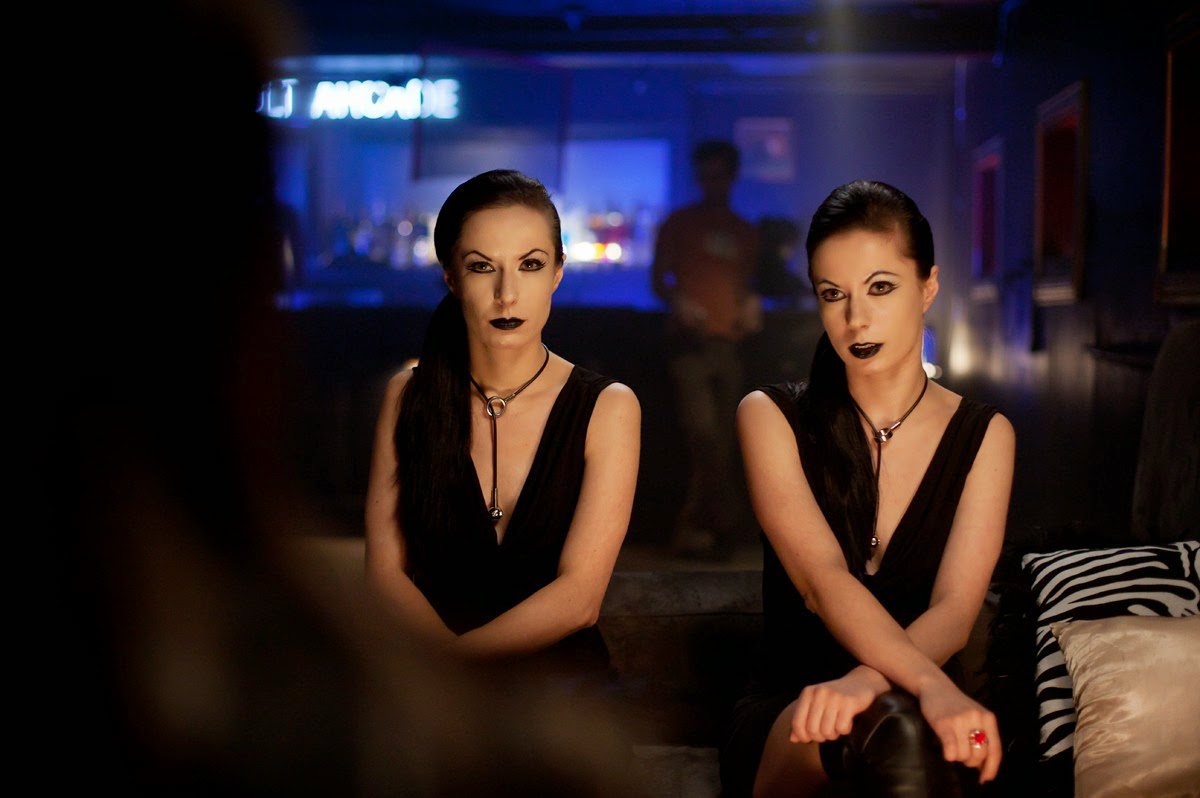 So I had high hopes for American Mary.  I love a good Rape/Revenge flick, and one directed by two bad ass twin sisters is the tops.  Also, love the Body Modification angle.  Body Horror is one of my favorite sub-genres, and yes, body modification is not body horror, but as we see in this film, it can be.  Oh yes, it can be, especially if you rape a freaky smart medical student who is a suppressed psychopath anyway. 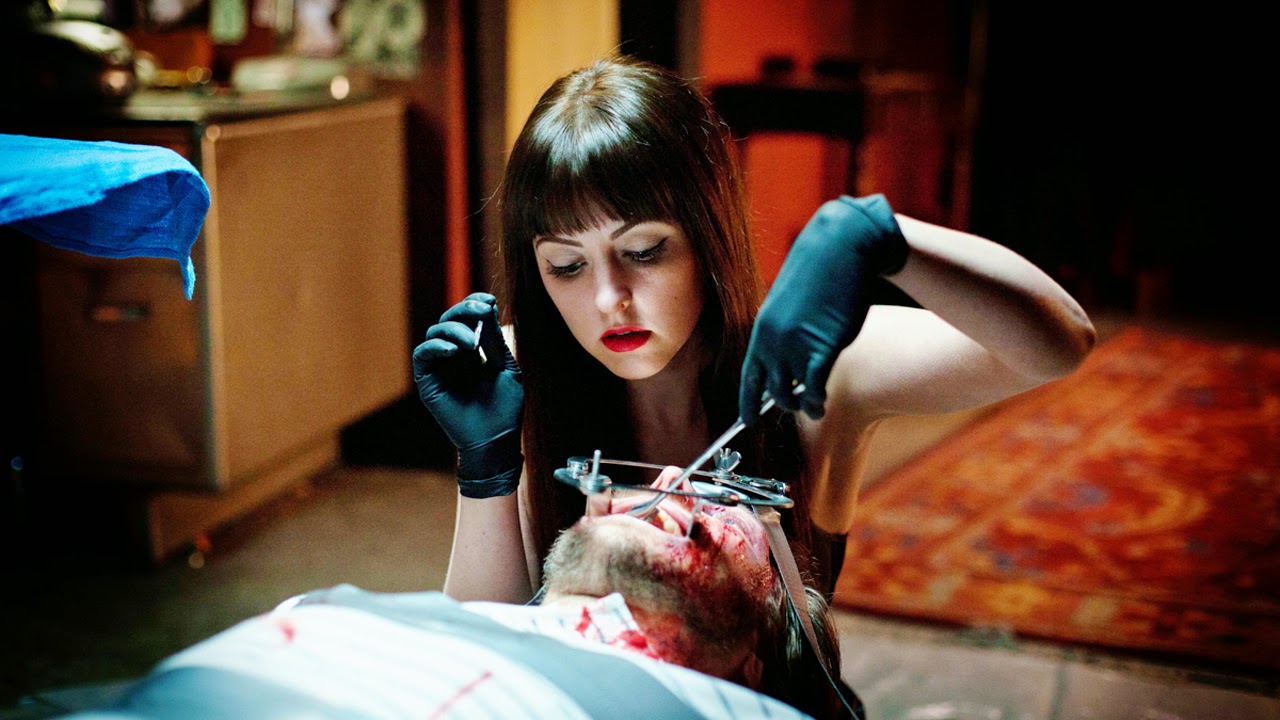 Mary is broke and in Med school.  She is a good student but kind of a fuck up (this sounds like me).  She decides to make some fast cash by applying at a strip club.  Before she can glue on the pasties the club owner, Billy (Antonio Cupo) asks her to perform some life saving surgery on one of his thugs.  For this she makes a fast $5000, but she feels pretty disgusted with herself.  One of the strippers from the club, a Betty Boop lookalike named Beatress, asks Mary to perform some surgery on a friend of hers, a woman who wants to become a human Barbie. 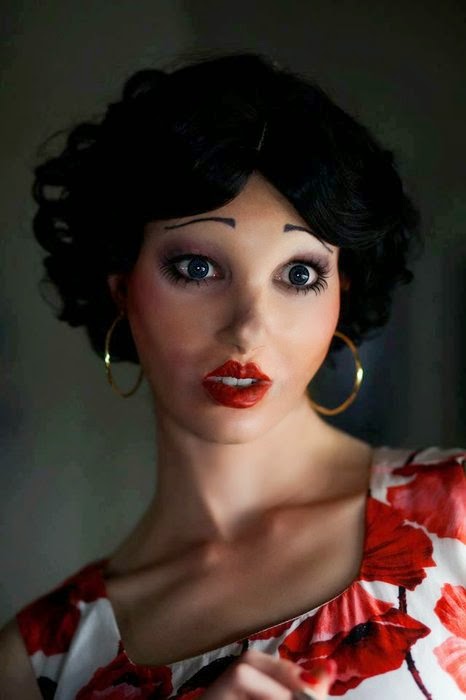 Mary does the work but the swears it off, because she wants to become a real surgeon.  That is, until her professor drugs and rapes her.  Then it is all bets off and the true psycho/artist in Mary emerges.

It's a pretty great premise right?  Unfortunately the execution is not so great.  Everything happens to fast-- its seems it happens over a weekend.  And how could Mary set up this entire operation with web presence without catching the attention of the health department?  And what is the point of suggesting a romantic relationship with strip club owner Billy when it goes nowhere?  And where does a broke college student get such great outfits?  I know, I am nitpicking.  I have a friend, who shall go nameless, who I cannot go to the movies with.  She has zero suspension of disbelief.  She will pick apart a movie until she is blue in the face.  And, she will pick it apart WHILE YOU ARE AT THE MOVIE. Yes, she is a movie talker. I feel sad for her.  I don't want to be her.  So I will accept these aspects of the film.  I guess my major disappointment is that the elements of a great feminist horror film are here, but everything is either too obvious, or not followed through to it's rightful kick ass feminist conclusion.  The messages are there, maybe there are just too many of them.  Wow.  This was kind of the same feeling I had about Ginger Snaps.  Am I anti-feminist horror?  Hell no.  I just want it to be good.  Really good.  It should be because there is a freaking goldmine there.  The Soska sisters are on the right track.  Let's do this people!