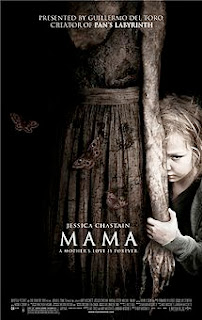 Yes, I was supposed to write my next post about Mama, but I just don't feel like it.  Although I liked Mama (and annoyed my husband for a week walking around saying "MAMA") I just don't feel impassioned to write about it.  It's good, not great.  I love Jessica Chastain: she was awesome in Zero Dark Thirty and should have won the Oscar (no disrespect to Jennifer Lawrence, her performance was amazing and I have a serious girl crush on her after the Oscars, but COME ON!!  Chastain killed it in Zero Dark Thirty!).  I write this blog for fun, and I am getting cranky and old: If I don't love it or hate it I don't want to write about it.

What I love, right now (besides Girls, I am obsessed), is Gone Girl by Gillian Flynn.  Gone Girl isn't a horror novel, its a thriller.  But it does have some horror elements in it: a total psychopath, a murder, some gore.  The best I can describe it is that if Hitchcock were around today he would TOTALLY make this movie.  It would be more in the Psycho/Vertigo vein rather than something like Rear Window.  I realize Psycho and Vertigo are very different films, but trust: read this book and you understand what I am getting at. 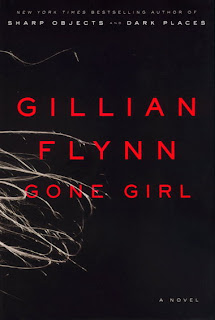 Darkly funny, Gone Girl tells the story of Nick and Amy Dunne, a married couple who have fallen on hard times.  Nick lost his job as a journalist, and Amy lost hers writing quizzes for a Cosmo type magazine.  Amy is the daughter of famous writers, who used her as inspiration for a series of YA books ala Judy Blume.  Nick and Amy have been married 5 years, and after losing their incomes they decide to move to Missouri to take care of Nick's ailing Mom.  Their marriage goes from bad to worse in the middle of nowhere, and one day Nick comes home and finds that Amy is gone, and gone in a bad way.  As police investigate we get two narratives from our lead characters:  Nick, under suspicion for murder, and the possibly dead Amy. With each chapter author Gillian Flynn reveals a bit more of the truth.  But, if you think you know where the story is going, you are dead wrong.

This book was so good I couldn't put it down.  If you like a little mystery with your macabre, I highly recommend Gone Girl. 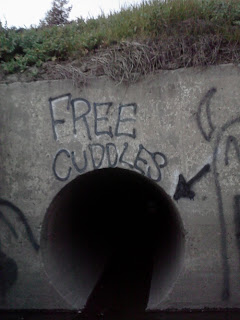 Watch this: it's scarier than the movie.... 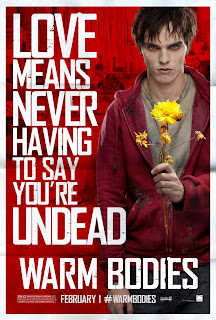 When I heard the words "paranormal zombie comedy romantic film" I threw up a little bit in I mouth and then remembered that I don't HAVE to see every zombie film released.  Then I started hearing from various folks that Warm Bodies was actually kind of good so I figured I would give it a shot. 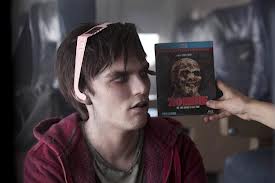 It is good, in a cute sort of way.  It's the first film I have ever characterized as "cute" that includes so much gore.  It's a nice combo.  I am glad to say "I liked this cute gore film."

So total cute hot guy Nicholas Hoult (from Skins) plays "R", an emo zombie who lives on a airplane and collects stuff.  He hates that he is a zombie but there is not much he can do about it.  He needs to eat delicious, delicious brains and who can blame him?  His best friend is another zombie played by Rob Corddry.  They grunt at each other.

On day R and his zombie friends are doing what they do, munching on brains, when R sees the beautiful Julie (Teresa Palmer, looking so much like Kristen Stewart I wanted to punch her), a human member of the zombie resistance.  R decides to take Julie as his pet. 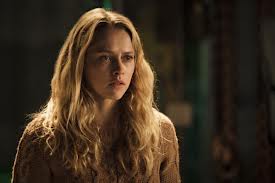 All of a sudden he starts to get the warm and fuzzies, highly unusual for a zombie.  As R starts to change, so do his zombie friends.  It's only the "Boneys" that don't like the change.  Boneys are zombies that have totally given up.  They rip off their own skin.  I don't know why they do this but it looks hella cool onscreen. 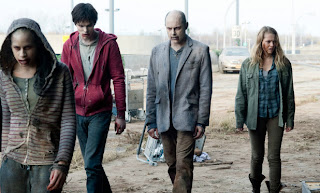 This film had some stuff I really liked in it, like R's stream of consciousness narration and the Boneys.  Its a very optimistic film made by people with a healthy appreciation of the zombie genre.  Plus, "R" is so cute I am about to put a poster of him up on my wall.. 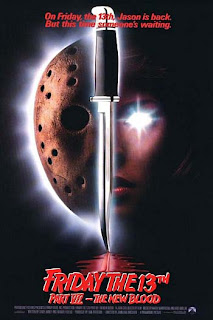 There's a legend 'round here. A killer buried, but not dead. A curse on Crystal Lake. A death curse. Jason Voorhees's curse. They say he died as a boy, but he keeps coming back. Few have seen him and lived. Some have even tried to stop him. No one can. People forget he's down there... waiting.
OK.  Friday the 13th Part VII- The New Blood is NOT part of my Rue Morgue 200 list.  It was playing on IFC and I couldn't resist.  This is a pretty awful chapter of the Jason "Oeuvre", but it does have three things going for it.  One: awesome 80's fashions.  Two: Kane Hodder's first appearance as the masked wonder.  Three: the sleeping bag death.  More on that in a minute. 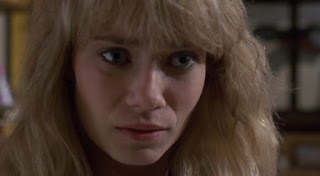 When we last saw Jason he was tied to a rock and thrown in the lake Mob style.  Since it is clear that Jason is some sort of immortal being he is just biding his time.  A little girl named Tina, who happends to live in a house on Crystal Lake, overhears her father beating her mother.  She goes crazy and takes a boat out onto the lake in order to escape her family.  Her father runs after her, and little Tina goes all Carrie on him.  Yes, Tina has Telekinetic powers, and she kills her father that night.  Cut to a few years later.  Young Tina (played by Lar Park Lincoln, so cute I wanted to punch her) has returned to Crystal Lake with her Mullet loving mother and Dr. Crews (Terry Kiser), a shrink that is trying to "cure" Tina.  If this sounds like a bad idea trust me: it is. 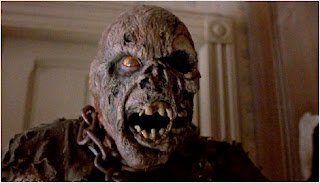 During one of Tina's "Freak Outs" she raises Jason from his watery grave.  God this is stupid.  Let the killing begin!!! 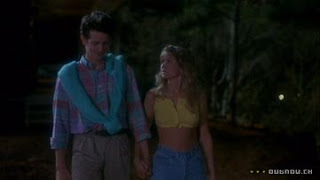 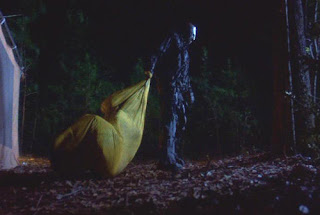 And everyone gets killed, usually right before or right after sex.  Some brilliant Doctor ought to do a study on the effect these films had on the sexual health of, say, people my age.  I mean, I am fine.  Yes, I usually am holding on to a hatchet the entire time and can only do it on the floor so the bad guy hiding under the bed can't stake us throught the belly, but that's normal, right?

Anyway, lots of people get killed and my favorite: MY FAVORITE kill of all time is the sleeping bag death.  I have seen the uncut version of this and it is so brutal.  IFC would only show one swing but that would probably do it.

And after writing that sentence I kind of worry about my mental health.  Friday the 13th will do that to you, bless it's heart.