Going to look for C.H.U.D 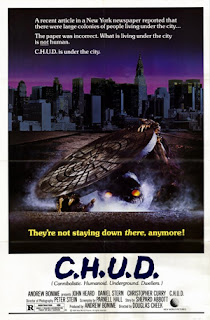 I am off to New York for work so I am afraid there will be no profanity laden insights from me for about a week.  I mean, I could try to blog from my phone but I seem to have the worlds biggest, fattest fingers so I worry that the grammer and mispellings will be worse than usual.  I will return with a review of the book Shock Value (I am the last Blogger to read it) and Rec 2.  See you soon!
Posted by Jen at 8:42 AM No comments: 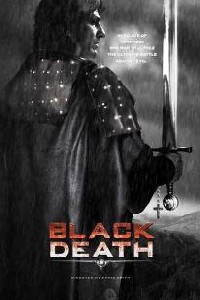 WARNING: Major Spoilers in this post!
I am having major Game of Thrones withdrawal.  That show is so damn good I was literally jumping around my living room during the season finale.  I am now reading the books to get my fix until Spring 2012. 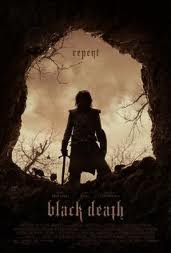 Part of my Game of Thrones addiction is my Sean Bean obsession, and I recently satisfied that craving by watching Black Death.  Black Death is a "historical horror" film that rips off The Witchfinder General and The Wicker Man.  Really, if you are going to rip off films, those are two pretty damn good films to rip off. Black Death was an enjoyable, gory yarn and after I was finished watching it I felt I had learned something.  I learned that Sean Bean is AWESOME in everything he is in and his death on Game of Thrones was his SECOND most horrible, gory, tragic onscreen death.

1348.  Medieval England.  The Black Plague has devastated Europe.  People believe it is an act of God to punish us for our sins.  Rumors start to spread of a Village that has not be infected.  A group of Soldiers led by Mr. Bean (did you know he recently got stabbed in a bar fight and instead of seeking medical attention ordered another drink?  True story!) are sent to investigate.  They bring a young Priest along with them.  This Priest has a sweet little piece on the side, so obviously he is not the "holy" man they were expecting.  When they are arrive in the Village they are at first greeted with open arms.

They are attended to by a beautiful woman named Langiva, played by Carice Van Houten.  No one is sick, and Langiva soon convinces the young priest that she can "cure" the sickness.  In fact, she can raise the dead.  Obviously, Sean Bean is not having any of this and soon the torturing starts.
Like Wicker Man and Witchfinder General, Black Death makes the viewer repeatedly question what side they are on.  The morally ambiguous actions of many of the characters are once understandable and unforgivable.  This is a story with no happy ending.  If you feel the need to get your 14th century on, I recommend Black Death.
Posted by Jen at 10:22 PM No comments: 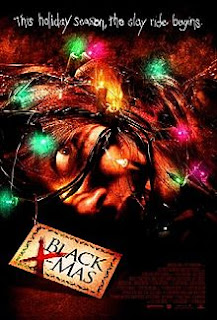 Black Christmas 2006 is the worst lit film I have ever seen in my life.  Apologies to the Cinematographer, Director of Photography, and the entire Black Christmas crew.  I am sure the Director told you to "keep it dark, make it creepy.  We will light everything with Christmas lights, it will be awesome!"  It wasn't awesome.  It was too dark to see what the hell was going on.  I was more confused than my 76 year old Father, who watched the film with me and had to tell me what was going on half the time.  Throughout the film I was screaming "there is a light switch!  Use it!"  During the scene when the "power" went out I almost died laughing.  How were they going to see without those Christmas lights?  Even during the final showdown AT THE HOSPITAL there were no lights.  What hospital is lit by tea lights?

It is shame, because this had the potential to be a good film.  It is a remake of one of my favorite films, Black Christmas 1974.  Scroll down a few posts and you will discover why I loved that film so much.  Alright, I loved it for Olivia Hussey's hair (I'm obsessed.) 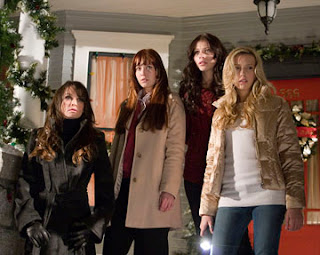 This follows the original pretty closely.  Left-behind Sorority Sisters are spending Christmas together in their house.  Andrea Martin, who was in the original, plays the house mother.  Katie Cassidy, who I loved in Gossip Girl (don't judge) plays the Olivia Hussey role.  Her hair does not even begin to compare.  Dropped is the pregnancy/crazy boyfriend storyline in favor some back story about the killer in the attic.  In the original, we know nothing about "Billy Lenz."  Here we learn a lot, including the fact that he is yellow (!) and he had a baby with this mother.  Yes, we are delving into V.C. Andrews territory here.  That unholy union produced a daughter, who may be a member of the sorority. 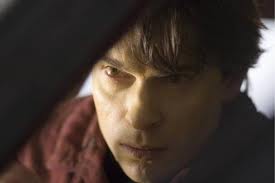 Billy kills his parents, which was really the best decision for him, and gets put away in an asylum.  The house gets turned into the sorority house.  Billy breaks out, and the rest is rather predictable. 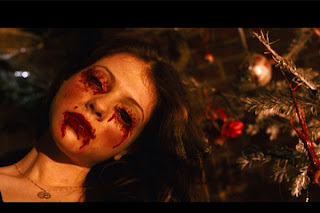 The girls are not nearly as interesting in this film.  None of them are as memorable as a drunk Margo Kidder.  There are a few good scares, and a nice "face in the Christmas Tree" creep-out.  I am sure the gore was impressive, but again, the film was so dark you can't really see any of it.  I mean, did anyone else have this problem with this film?  I didn't hate this remake but it won't be on my X-mas viewing list.
Posted by Jen at 6:56 PM 1 comment:

This has a great cast and intriguing premise but I am already tired watching the trailer.
Posted by Jen at 11:30 AM No comments:

The scariest thing here are the 80's fashions! Ouch!
Posted by Jen at 11:12 AM No comments:

Hey everyone! Check out my profile on this awesome blog!  Random Girl is a girl after my own heart!
... It's on Random: Get to know your Bloggers - Jen from Zombies are Magic

Thank you Random Girl!  Coming soon: Black Death and Black Christmas.  I am sensing a theme here...
Posted by Jen at 11:16 PM 1 comment:

Comic-con is upon us again and cool stuff is just starting to trickle out (I can't wait to hear about Game of Thrones).  Here is a bit of coolness: the teaser poster for The Raven due out 3/19/2012.  This is the one where John Cusack plays Edgar Allan Poe.  Yes, March is the month were movies go to die, but I am still looking forward to this one.  Thanks to "Shock till you Drop" for posting this.
Posted by Jen at 7:02 AM 1 comment: 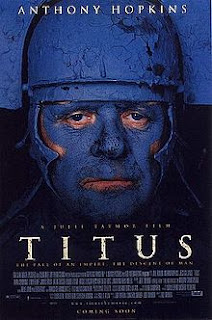 Sometimes you get an itch you just need to scratch and this week my itch was Julie Taymor's version of Will Shakespeare's Titus Andronicus.  Titus is a full fledged horror film.  In Shake's day it was called a "tragedy" but trust me, this is full on Goth horror.  I saw this when it was released, well before we all knew Julie Taymor as the person who was fired from Spiderman: Turn of the Dark.  I remember being deeply disturbed by it and thinking that Shakespeare was one fucked up individual.  Seeing it again I am more convinced than ever that this is true. 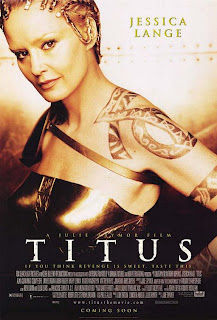 For those of you unfamiliar let me give you a run down of some of the crazy messed up shit that happens in this play.  Titus Andronicus (Anthony Hopkins) has just returned to Rome after defeating the Goth's in a 10 year battle.  He has brought with him the Goth Queen, Tamora (Jessica Lange, pre face-lift) and her sons as prisoners.  To appease the dead, Titus executes Tamora's oldest son, despite her pleas to save his life.  She vows revenge and Shakespeare teaches us a very important lesson:  Don't piss of Goth Queens!
The Roman Emperor dies and the people elect Titus as their new leader.  Being a loyal soldier, Titus refuses the honor and instead nominates the Emperor's oldest son, Saturninus (Alan Cumming).  Saturninus chooses Titus's daughter, Lavinia, as his bride, despite the fact that she is already betrothed to his brother, Bassianus.   Lavinia and Bassianus run away, assisted by Titus's other sons.  Titus declares them all traders and kills one of his own sons during the pursuit.  I realize this is a lot of explainin' but trust me this is going somewhere. 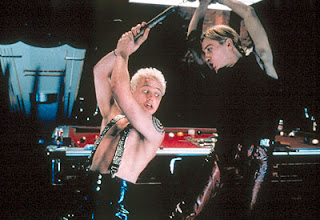 During all of this Saturninus decides to make Tamora his bride.  Tamora convinces Saturninus to spare Titus and his family.  Her motive is clear: she intends to take her own revenge on the General who killed her son.  She enlists her lover, a Moor that was captured alongside her, to destroy Titus and his family.  What follows is a brief summary of some of the horrible shit that ensues:


The moral of the story is that revenge is a dish that includes the flesh of the children of your mortal enemy.  Actually, revenge is a dish that makes monsters of us all.  This play was very popular during Shakespeare's time but fell out of favor during the Victorian years.  No shit.  This is worse than a lot of things that can be found in contemporary horror.  Sure, people may get sewn together ass to mouth, but to babies get hanged?  I think not.

This film is interesting and bloody, but a little long.  I think if it was remade today it would go even farther as far as gore and horror are concerned.  What stuck in my mind seeing it in 1999 and again recently was the image I have included above.  I remember having nightmares about it in 1999 and probably will again tonight.  Branch hands are scary.  So is Shakespeare.
Posted by Jen at 7:57 PM 5 comments:


Friday the 13th: The Series

I am sure someone has already done this, and better, but In Search of inspired me to collect some of my personal "most scary" television theme music together.  I used to run and hide in the bathroom until the theme for Unsolved Mysteries was over.
Posted by Jen at 10:41 AM 3 comments:


I don't remember this coming out in 2004 (in fact I don't remember too much of 2004 in general) but it was obvious to me that this was a con from the start.  That made it nothing more than an interesting yet dull experiment in my eyes.  Filmmaker John Bailey is making a documentary about Werner Herzog entitled Herzog in Wonderland.  Herzog is about to embark on his own documentary, a look at the legend of the Loch Ness Monster entitled Enigma at Loch Ness.  The producer of Herzog's documentary is one Zach Penn, an untested producer/director/writer who at that point was best known for coming up with the ideas for X2 and The Last Action Hero.  Penn and Herzog have very different ideas about the documentary.  Herzog wants to explore WHY people need the legend of the Loch Ness Monster, whereas Penn seems to want to make a titty action film.

The crew go to Scotland and things start to fall apart almost immediately.  It becomes clear that two of the "experts" Penn hires are actors.  The DP and Sound man leave the shoot.  Herzog threatens to leave but decides to stay when he begins to suspect that something really may be in the water.  All the action is caught by Bailey's team, and they too become part of the storyline.

I just made it sound a whole lot better than it actually is.  I love Werner Herzog... he pulled a gun on Kinski and ate a shoe.  How could you not love him?  And he is great here.  The film just didn't work, even as a faux documentary.  It is not scary, not for one minute was I fooled ala Blair Witch, and everyone, who all play themselves, is annoying, with the exception of Herzog.