Hey everyone!  Just got back from Vegas.  Sorry there have been no posts in a while.  See, I live in the dark ages and do not have constant access to email or computers.  Amazingly, I survived.  Before I left, out of sheer boredom, I re-watched The Last House on the Left remake from 2009 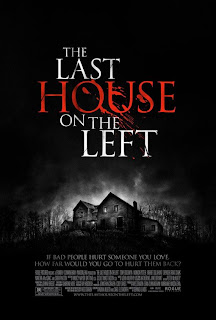 I am on record as not liking this unnecessary remake.  I felt it was pointless.  The characters of the parents were not well drawn, and as usual I was rooting for the girl to die.  Only the villains were somewhat interesting, as they usually are.  What bothered me about this film is that Stephen King LOVED it.  I mean, he practically named it the best picture of the year.  I love and respect King so I thought I would give it another try.  Well, I still didn't care for it, but I did notice something about it that I had missed before.  It looks like a Sofia Coppola movie.  I swear, the music, the photography, the lingering shots of young women staring off into space....  The Last House on the Left is what a Sofia Coppola horror film would look like.  Watch a double feature of Last House and The Virgin Suicides and see if you don't agree. 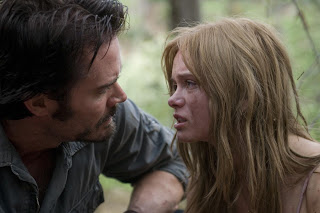 By the way, thanks to Cynniegurl at never sleeps again for the awesome award!  You rock!
Posted by Jen at 10:34 AM

That would be a weird double-bill but you're right - they are kind of similar!