Get to know Lon Chaney... 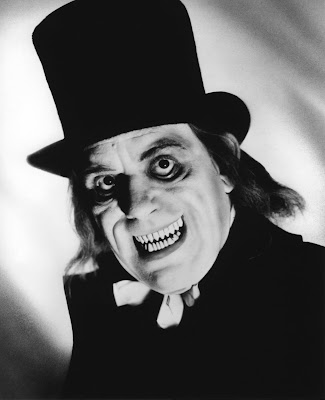 I have yet again put off watching Hunchback of Notre Dame because it makes me cry, cry, cry and I really have to be in the mood. Instead last night I watched a documentary on Chaney produced by Turner Classic Movies called Lon Chaney: A Thousand Faces. It was pretty cool as it had fans such as Uncle Forry and Ray Bradbury talking about the awesomeness of Chaney (my words, not Bradburys.) The DVD also had the film The Unknown on it. I think I wrote about this some time back... I really need to put labels on these posts. Did you know I am almost to 300 posts? The fact that I had 300 thoughts I felt were important to share with the world astounds me. I can't decide what movie I want to see today but I can write 300 posts.

Anyway, The Unknown co-stars Joan Crawford. Both Crawford and Chaney play circus performers. Chaney, as usual, has a dark secret and an unrequited love for Crawford (falling in love with Joan Crawford is almost always a bad idea.) He goes to extreme (and I mean EXTREME) measures to win her heart, only to get his trampled on. Cue crazy behaviour. It is a great flick. 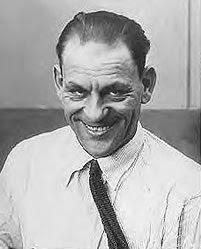 Doesn't he kind of look like Jack Nicholson? Anyway, this action packed DVD also had a "version" of the lost film London After Midnight, one of 10 films he made with Tod Browning. The "film" is made up of title cards and stills, the closest approximation we have to the original. The last known copy of the film was destroyed by fire in the 1960s. This recreation and Browning's own remake, Mark of the Vampire, give you a pretty good idea about the film. Chaney's makeup, as usual, was astounding. He put wire around his eyes to keep them wide open and had special teeth made. He really is an unusual vampire...

This is Chaney's makeup case. He did all of his own makeup. He would also "manipulate" his own body to achieve certain effects. The most famous example of this is, of course, The Hunchback, but he also went to extreme lengths to change his body in such films as The Penalty from 1920. 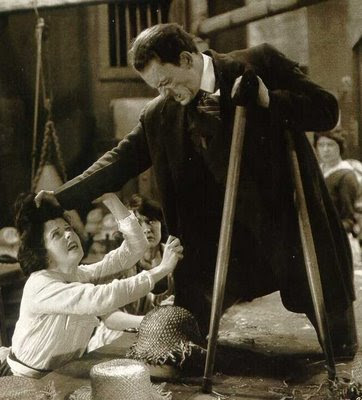 He's got no legs!!! Chaney actually had his legs bound behind him in a harness and walked on his knees. He had a special jacket made to hide his legs. No camera tricks were used at all. His feet were bound at his thighs. Ouch. 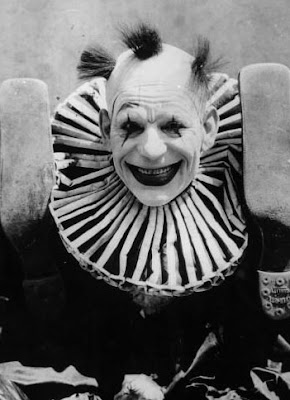 That is one scary clown. Here are some more interesting facts about Chaney, courtesy of this website: http://http://www.lonchaney.com/. This website is run by his family and also has information of Lon Chaney Jr.
Interesting Facts about Lon Chaney..
Born on April 1st, 1883 in Colorado Springs, Colorado.
Both parents were Deaf-mute.
His first wife, Cleva Creighton (Jr's Mother) attempted
suicide by swallowing a vile of poison. This destroyed
her singing career and led to the end of the marriage.
Chaney directed 6 films and wrote 2 screenplays
Between 1913-1930 he made over 150 films. Many are now lost.
First and only talking film was a remake of The Unholy Three. This was
also his last film.
He died of a throat hemorrhage in 1930. His grave is unmarked.
I hope you enjoyed today's "Get to know Lon Chaney." Tune in tomorrow for more Chaney madness.

It's actually almost 400 posts. Jesus, what am I doing with my free time?

This blogging thing is addictive, you know...